Soooooo…….all our 4 year old wanted for Christmas was nerf gun stuff! Seriously. It’s the only thing he told anyone that he wanted, so that’s pretty much what he got. And here he is making a list (mid-December) of all the ones he wanted…… 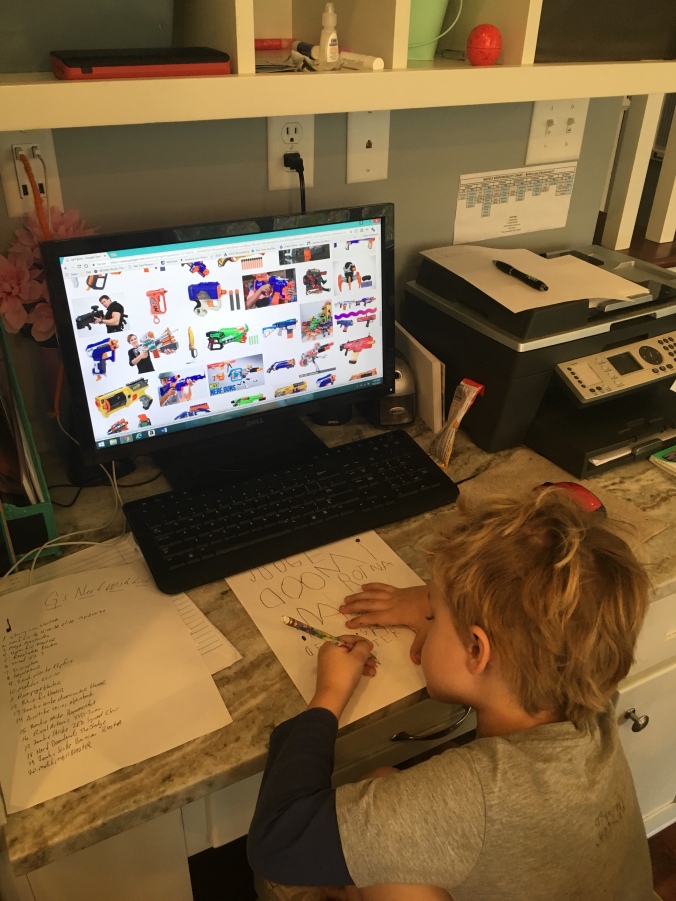 And here he is in the Dollar Store later practicing his ninja moves. All boy right here!!!!! He appeared from the next row over wearing an army helmet and ninja swords chopping the end cap full of soap 😬 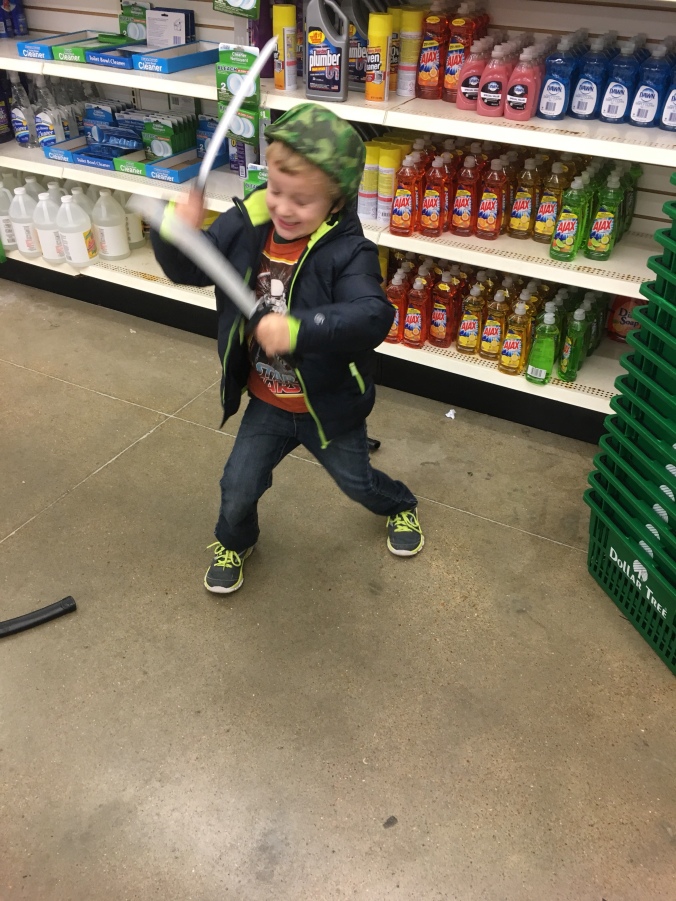 As you could imagine, his floor was covered with Nerf Gun stuff after Christmas. And it was driving me nuts!!! And it’s times like this I’m oh so thankful for Pinterest 🙂 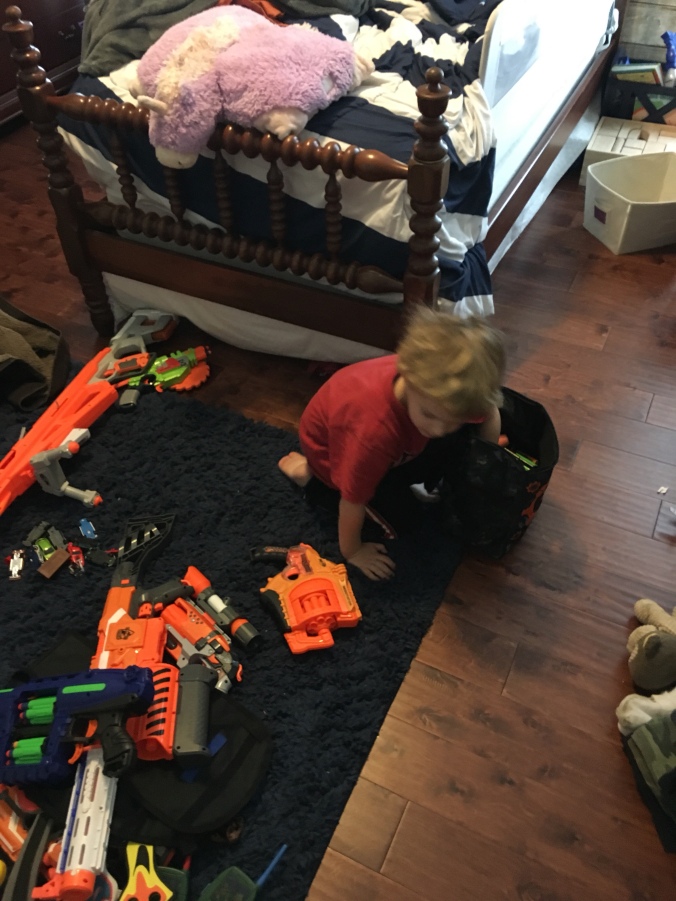 The hubs decided that Gs room needed a nerf gun wall so we got to thumbing through Pinterest and found one we liked that we used as a go by. His room has a little recessed spot behind his door that would be perfect for it!!!

I quickly realized the pegs required enough space behind the pegboard to be able slide in and not hit the wall behind it. It actually only took a few hours to put the backing wood up and attach the pegboard to it.

I think someone’s going to love it!!!!

Then came the painting.

I went to get the paint out of our shed and it was frozen!!!! Delay 😦

The scene outside….the cause of my frozen paint. On the bright side…isn’t it pretty out there?!!? No it’s not much snow but more than what we usually get where we live!

I finally found some paint in the garage that wasn’t frozen and during our weekend iced in, we got this project completely finished.

G wanted a sign above it that said “In Case of Zombies”, so we couldn’t disappoint. I have a little Silhouette Cameo and whipped out the vinyl letters you see on the board.

The best part was it ended up costing less than $50 and ended up looking amazing!!! I think my hubby was more excited than our 4 year old.

(And yes….Stuart is guarding the Nerf Gun wall).